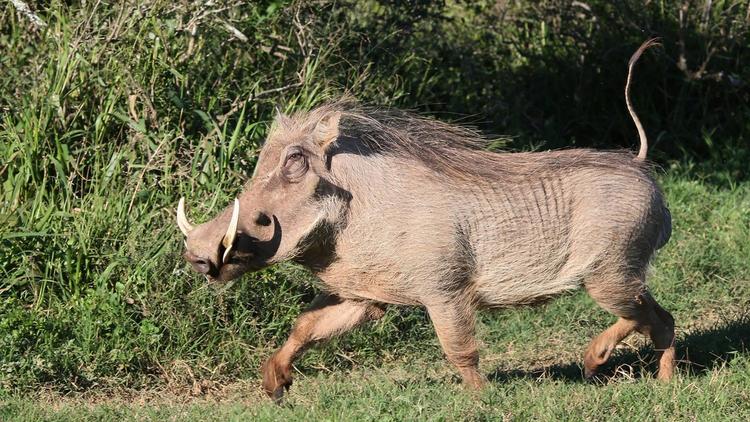 Extant throughout most of Sub-Saharan Africa, the Warthog is arguably one of the continent’s most successful species. They have proven able to live in practically every environment in their ecological zone, from woodlands, wetlands and even have the distinction of being the only pig species to live in savannas. Warthogs are easily recognizable from their stout bodies, trotting about on small legs that seem too small for their large heads and fat stomachs. However, they are probably best known for their two tusks, which curl upwards out the sides of their mouths.

Much of the Warthog’s success is probably due to the fact that they devour just about anything eatable they can manage to find. They’ll search for the best food available, such as fungi, eggs and insects, throughout the day, but can just as easily subsist on grass or roots when luck eludes them. If it is ever too hot for them, Warthogs will play in the mud, coating themselves in heat resistant dirt. During colder weather, they huddle together in boroughs, which they can dig for themselves, but in an astounding display of laziness, more commonly choose to occupy holes abandoned by other animals. They can be regularly found with their heads sticking out of these boroughs, waiting to pop out and run away with the approach of a predator.