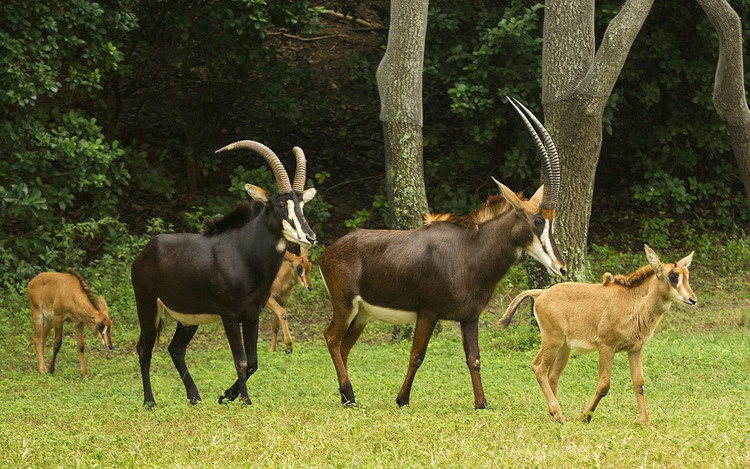 Found only in the south-east regions of Africa, the Sable Antelope is a very distinct member of the antelope family. Standing at an impressive four to five feet tall, their large antlers can add as much as three additional feet in height. These are their most notable feature, arching back in a sickle-like fashion, quite unlike other types of antelope. There are several sub-species of Sables that exist, but only in limited areas of south-eastern Africa such as Tanzania and Zambia. While they each look relatively similar, each type varies widely in size from this already large specimen to the massive, 500 lb Giant Sable that lives to the west of the others in Angola.

Sables are most active during the dry season, when they can be found searching for dry foliage to consume, as well as minerals like salt to lick for extra nourishment. Herds consist of a single dominant male, presiding over several dozen females that follow his lead for protection. This alpha Sable is fortuitous enough to stave off most predators, including big cats, using its curved horns to slash and stab at them. Immature males are exiled from their herds after only a few years, joining others to form all-male groups who compete for dominance. If a herd should grow too large, females stray off, forming new ones with strong males who prove themselves in exile.