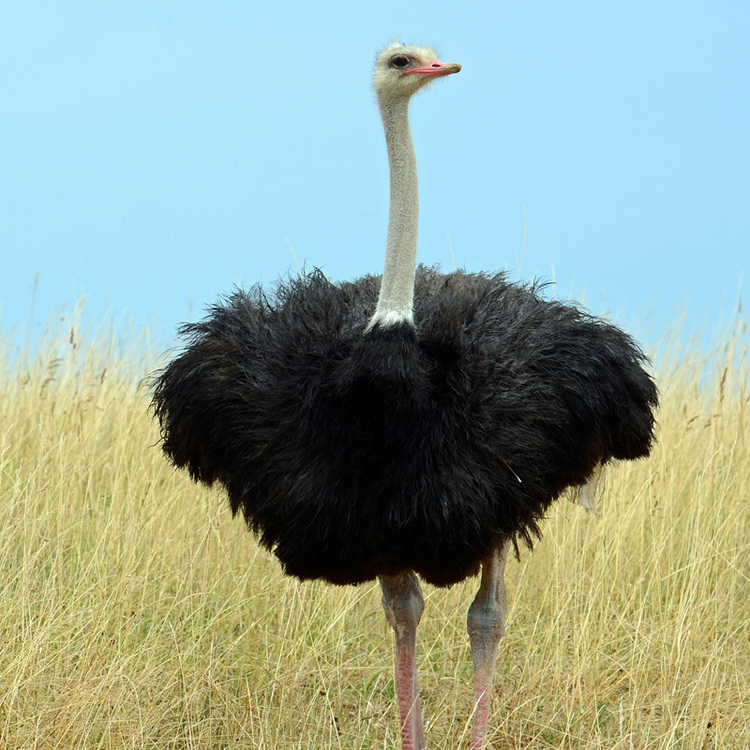 The largest bird in existence, Ostriches are difficult to miss. The species grows to an astounding maximum of 9 feet tall and 250 pounds, making it about as large as many animals that humans domesticated to ride. In fact, the species’ scientific name camelus is in reference to that fact, as many people compared them to camels after discovering them with their stretched-out necks, and even tried to breed them as riding animals. Ostriches can be found living in savannahs throughout Central and Southern Africa, subsisting on the foliage there, as well as small varieties of bugs and lizards.

To go with their odd appearance, Ostriches are behaviorally unique as a rare species of bird that cannot fly. This is due to their enormous size excluding them from any possibility of takeoff with their comparatively weak wings. While they are unable to soar through the skies, Ostriches prove very capable on the ground. Noted for their extreme agility, they are able to run at speeds of up to 40 miles per hour, covering 10 to 15 feet in a single bound while sprinting. It is in this area that Ostrich’s wings become useful, with them being used almost like a rudder at high speeds, adjusting their direction. So, even though they are flightless, a running Ostrich is well outside the ability of most animals to catch.