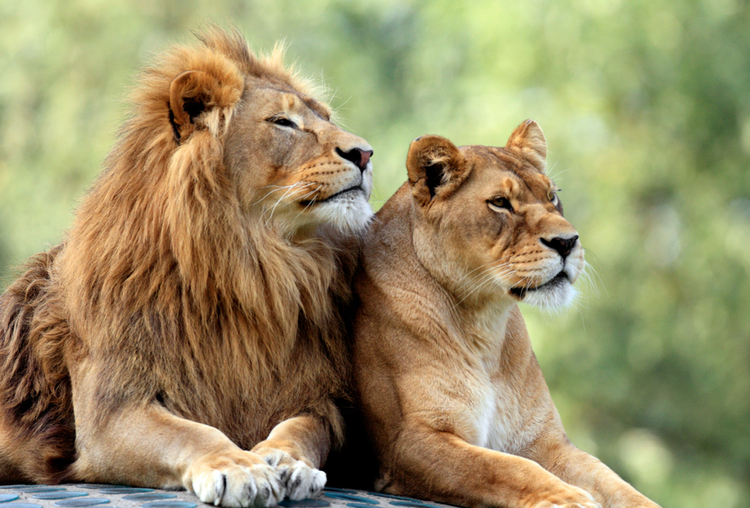 Aptly dubbed the “King of the Jungle,” Lions are arguably the dominant animal of the areas they inhabit. One can find them spread throughout much of Sub-Sahara Africa, preferring grassy plains and savannas, where they hunt in groups with little challenge. Notably well-built, even among big cats, Lions often weigh in with an incredible 400 pounds of dense muscle spread throughout their six to eight feet of body length. Males, like those seen here, are easily identified by their manes of fir, which coat their necks like long, flowing collars.

Lions are a profoundly social species, living in regimented groups named “prides.” These consist of half-a-dozen to a dozen related females, who form the core of the group, raising their young, along with two or three males to provide protection for them. Males are interchangeable in prides, arriving as nomads after leaving their groups of origin at about three years old. Such male lions typically have to fight with rivals to achieve admittance, casting the loser out of its pride to take their place. Males fortunate enough to win go on to live a luxurious life of lounging around for twenty hours a day, provided food and pleasure by the group’s females. It is only with old age or defeat that males return to wandering.