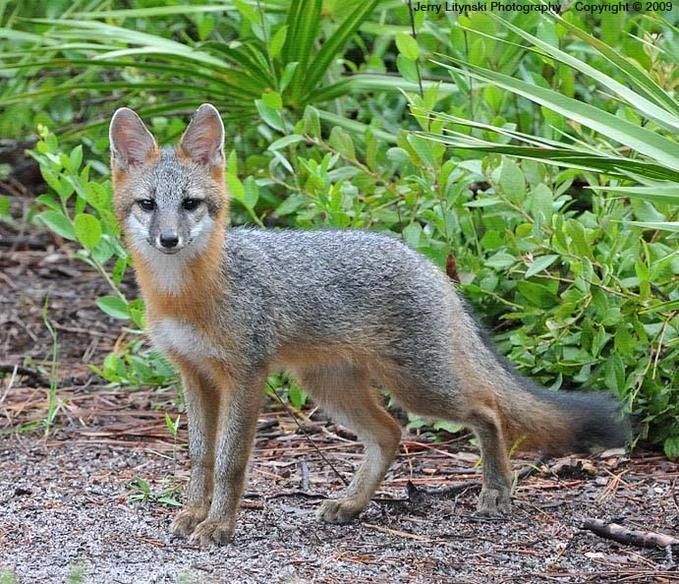 Widespread much like their Red Fox cousins, the Grey Fox can be found throughout much of North America. While the former is found much further afield in Eurasia and North Africa, Grey Foxes are relegated to our continent, thriving in its many woodlands. It is useful to compare the two in terms of looks to find the Grey Fox’s key characteristics. Despite the name, they can also possess reddish fir, though it appears only on their bottom halves, below its nominally grey color. They also typically appear smaller in size than Red Foxes, carrying less weight and possessing shorter snouts. One might also notice that Grey Foxes have rounder ears that stick out less.

While these two species look very similar, they are quite different in behavior. This can be best seen through their respective success in modern day, with the formerly dominant Grey Fox falling significantly behind Red Foxes in territory and numbers during the last few centuries. The reason for this has been the rapid clearing of land for settled agriculture, which reduced the woodland environments Grey Foxes perform better in. It is only is the Pacific Northwest, where forests are still thick, that Grey Foxes are still able to outcompete Red Foxes. This is due to their unique adaptation to climb trees; an ability only one other species of dog can perform. Able to exploit food sources on the ground and high up in trees, the Grey Fox is almost perfectly suited to the woods, but less so in open areas that favor sprinters like Red Foxes.