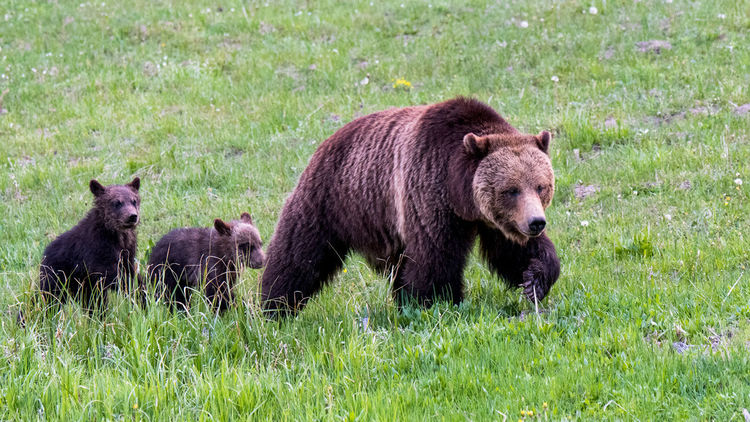 Grizzly Bears are a large variety of bear, found living in woodland areas. While the Brown Bear species they belong to lives in woodlands spanning throughout much of North America and Eurasia, authentic Grizzlies have a more specific habitat. There is some confusion of what the difference in the two is, but to put it simply, Grizzlies are a sub-species that live inland and do not have access to marine food sources. They are also somewhat smaller than the coastal Brown Bear, being about a foot shorter at 3-4 feet on all fours and up to 8 feet standing.

Grizzlies are widely feared by hunters as apex predators wherever they are found. When encountering an angry Grizzly, the territorial creature may be inclined to warn you off by standing tall and roaring in your direction. But if it charges, you would be well advised to flee to the nearest tree and climb for safety. Due to its intimidating demeanor and fearsome reputation, people often fear being eaten by Grizzly Bears. While the rare person has been devoured, Grizzly Bears are much more interested in chasing people off to protect their feeding grounds where they consume their preferred varieties of fish, plants and any other mammal unfortunate enough to cross their path.