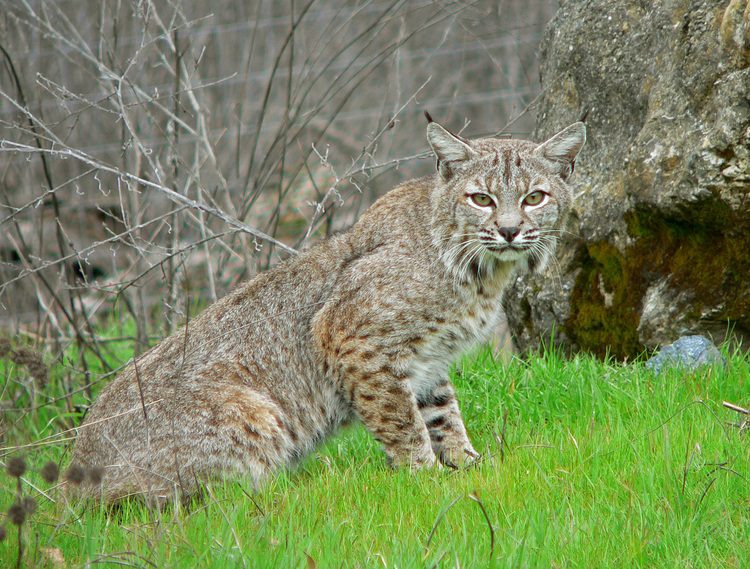 Not exactly large enough to qualify as one of North America’s big cats, the Bobcat is still an impressive creature in its own right. Approximately twice the size of your average housecat, they possess claws and teeth to match, easily devouring the prey, like the pheasant preserved here, that they typically hunt. One can identify a Bobcat from their signature characteristics, including the tufts of fir in their ears and the short tails from which they derive their name, as they look almost like a bob haircut. Bobcats have proven remarkably adaptive to their environment, being present in a variety of ecosystems from woodlands to deserts, and living in large enough numbers to be considered the most abundant wildcat on the continent.

Although they appear very cute and may remind you of a housecat, you should never be foolish enough to try and pet a Bobcat. These are not creatures to be underestimated, as they are able to kill animals much larger than themselves, using their feline agility to outmaneuver and overpower foes. Bobcat’s strong legs are able to propel them an average of ten feet in a single pounce, in which they can deal lethal damage to other animals. Before worrying you might mistake one for a big neighborhood cat, keep in mind that Bobcats are rarely seen by humans, only coming out at night to hunt in the wild, and avoiding us during the occasional encounter.