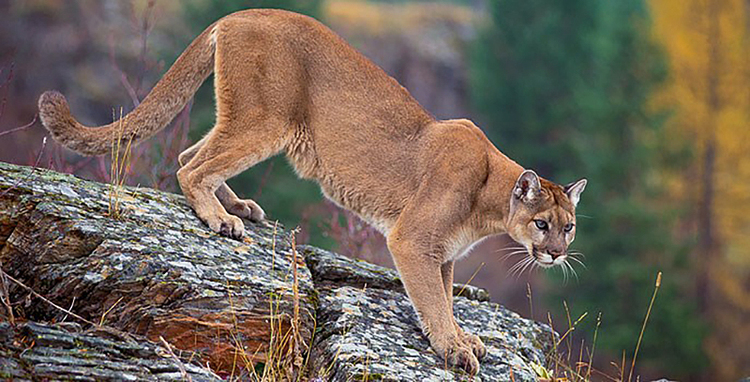 Known by many names, including Mountain Lion and Puma, the Cougar is perhaps the signature wildcat of both the North and South American continents. Widely dispersed, they are found in almost every type of environment throughout these landmasses, particularly mountainous regions where they are most successful. One can easily identify a Cougar from its sleek body, which possesses a spotless, tawny colored coat of fir, and their long, noble looking faces. Overall, Cougars rank as the fourth largest species of cat worldwide, behind Tigers, Lions and their fellow American Jaguars.

There are a number of peculiar characteristics of the Cougar that defy expectations. Prime among these is its place outside of the “big cat” distinction, from which they are often barred by biologists for not being of the genus Panthera, and therefore also unable to give off their characteristically intimidating roars. While you might think that because of their big size Cougars would be classified as apex predators, they are not always considered such. Often times, Cougars will cede a meal to larger animals such as Bears or Jaguars and settle for smaller food sources. This defiance of expectations perfectly suits the Cougar’s behavior as a reclusive animal, refusing to play by our rules.