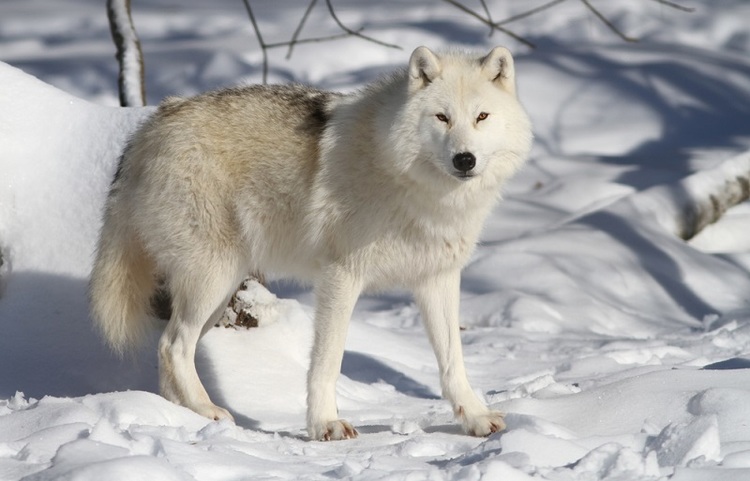 The artic wolf is a rare, elusive subspecies of wolves, native only to the Queen Elizabeth Islands. These are the northernmost lands of Canada, located in the frigid extremities of the arctic circle. Artic wolves are best characterized by their impressive white fir, which is almost certainly an adaptation that allows them to better camouflage into their snowy environment. Though smaller than the average wolf, the artic sub-species is an impressive cousin, able to overpower and subsist on much larger animals, such as the muskox seen to its side, as well as many other types of prey in their environs.

Due to the extreme cold and remoteness of the Queen Elizabeth Islands, biologists have found studying artic wolves difficult, giving us little information on their natural behaviors. However, we can say generally that they show little fear of humans, possibly because they have had so little contact with us. In the past, artic wolves have taken up close residence with the few scientific installations established on the islands, putting researchers ill at ease. Imagine for a moment living next door to a pack of wolves.