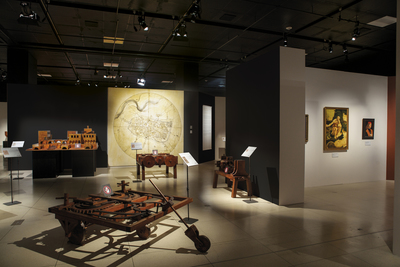 This design has been interpreted as the forerunner to the modern day automobile. Being interested in continuous movement, Leonardo devised this self-moving cart as a probable stage prop in one of the many theatre productions he was involved in. The rear wheels had differential gears so that they could rotate independently. The car worked off a series of coils, springs, levers and gears. Scientists at one museum in Florence built a replica in 2004 and found it worked as Da Vinci intended.