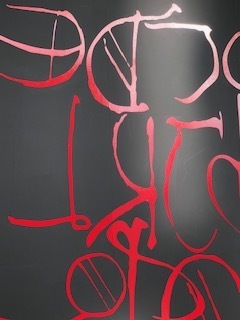 Alphabet and Introduction to Leonardo's Inventions

Leonardo wrote using a special kind of shorthand that he adapted for himself. He used "mirror image writing", starting at the bottom right hand side of the page and moving up the page writing from right to left. Some believe this was his patent to help protect his ideas, others believe it was his way of teaching himself to write with a quill without smudging the pages. Only when he was writing for other people did he write in the normal direction. In the main he preferred to use a blood or rust colored ink.

Because of his limited formal education, he created an adapted alphabet that worked for him, and which you see in his notebooks. It is from Leonardo’s notebooks that our artisans have researched, interpreted, designed and recreated the machines on display, a feat in itself. Each model has been constructed directly from the pages of his codices. The machines are the result of fine craftsmanship. The artisans have in the main used materials readily available in the 15Th Century including wood, cotton, brass, iron, canvas and chord.

Historical documents reveal that Leonardo commissioned local artisans, who were the only craftsmen he trusted, to construct a few of the machines he designed. Unfortunately, none of these machines have survived to the present day.

Leonardo often would deliberately design and plant faults in his machine designs, so as to act as a patent over his ideas.

Here in the exhibition, his machines are presented in six key areas: