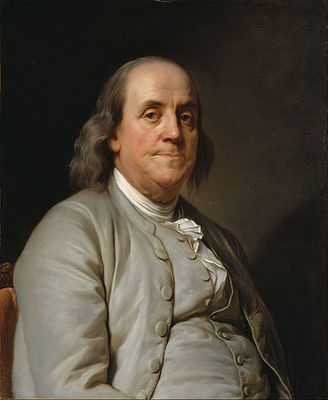 I'm Elaine, and I'm the Youth Programs Coordinator here at The Bakken Museum, and I'm here to tell you about Benjamin Frankin and his static electricity experiments.

In pursuit of practical uses for electricity, Franklin remarked in 1749 that he felt "chagrin'd a little" that his experiments had so far resulted in "nothing in this way of use to mankind." So Franklin proposed a practical demonstration. He suggested throwing a party where a turkey was to be killed with electric shock and roasted on an electrical spit, and where charged drinks would be served that shocked you when you sipped them.

We don’t know if Franklin ever hosted this party, but I’m sure if he did it was a shocking good time!