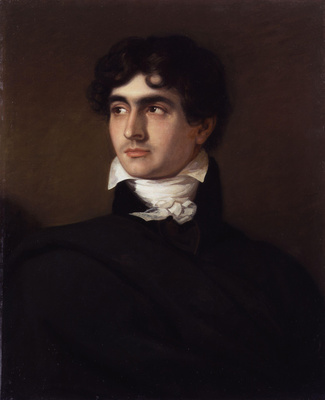 Did you know that Frankenstein wasn't the only gothic horror story to come out of that dreary vacation in Geneva, Switzerland that Mary Shelley took with her friends in 1816?

John Polidori, the personal physician of Lord Byron, also accepted the challenge to write a scary story. He wrote of an exceptionally charming and handsome man-creature who seduced women and then killed them by drinking their blood. He called the story "The Vampyre."

Vampires had existed in lore and legend for centuries but were portrayed as monstrous creatures similar to werewolves. Polidori created a new kind of vampire. Decades later, Bram Stoker used Polidori's idea as inspiration for his novel "Dracula." A copy of "The Vampyre" is on the shelves behind you.