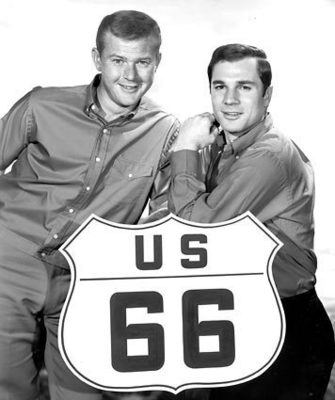 Hello, my name is Adrian Fischer, the Curator of Exhibits and Collections here at the Bakken.  Did you know that a part of a popular TV show was filmed in this mansion?

“Oh, you look so strange, big brother, shadows glimmering all about you. Are you Dracula? Are you Frankenstein’s monster?”

This excerpt is from season 4, episode 17 of American TV drama Route 66 that was partially filmed at West Winds. This specific episode, named "Kiss the Monster - Make Him Sleep," was aired in 1964. And even though Minneapolis is not situated along Route 66, the makers of the show felt that the West Winds house was a great setting. When you watch character Nola being helped up the stairs by her brother as they make their way from the Great Hall to the upstairs gallery, you get a sort of uneasy feeling about what else might be hiding behind these walls.

In a strange coincidence, when Earl Bakken acquired the West Winds house more than a decade later in 1976, it was because it reminded him of the castle in the movie Frankenstein.