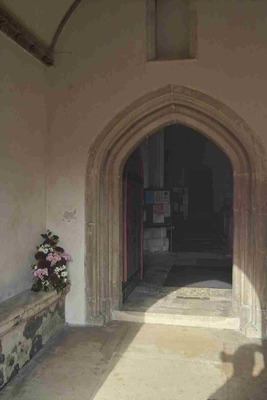 History of Churches in Wyke Regis

We start our tour at the main door of the church.

The present church was built in the fifteenth century and has been described as impressive and important.

The list of priests for Wyke Regis goes back to 12 63, so it is likely that there was at least one earlier building on or near the present site.  Indeed the first reference to a church ‘of Wyke’ is in 1172.

Wyke itself has an even longer history with evidence from the Stone, Bronze and Iron Ages. Extensive Roman remains have been found on the hill to the east of the church.

The Church in Wyke Regis is part of the rich history this village has to offer, and it also served Weymouth for centuries until Holy Trinity Church was built in 1836.

With the county of Dorset becoming generally more prosperous as the trade in cloth and wool flourished, the port of Weymouth continuing to expand. Pressure grew for a larger church to be built at Wyke Regis to accommodate the growing number of parishioners. Eventually, between 1453 and 1455, a new larger church - the present All Saints - was built in what is now called the "Perpendicular" style.

It was probably built on the same site as the previous "Early English" style church, which was presumably pulled down. The "Perpendicular" description of the church style comes mainly from the vertical shafting in the window heads, which was found to be more convenient to accommodate the stained glass windows that were increasingly being used. It also had the advantage of being composed of more regular and mechanical designs that required less skilled craftsmen - an important factor after the Black Death of 1348 had wiped out about half the population of England.

Nowadays All Saints Church is nationally recognised as an outstanding example of a Perpendicular style church.  Its major features are an impressive western tower, a nave with north and south aisles, a chancel, a priest’s vestry to the north of the chancel and a south porch.

The type of stone used to build the church was brought from quarries at Upwey and Portland and it was largely worked on the spot. The window tracery is exceptionally fine and the heavy south door still retains its original heavy ply construction.

It is thought money could not have been over plentiful because under the interior plastering are fragments of stonework of the previous building, corbel heads in the aisles are from earlier churches and - apart from the tower - there is no finished interior stone work of any kind. The tooling on the pillars and the window mouldings has not been cleared off. Repairs undertaken on the tower in the 1980's revealed that many oyster shells had been used as packing behind the mortar.

If you now move towards the centre of the church, halfway between the main door you came into the church through, and the north door which is covered by a curtain, you will be able to get a good view of the complete church.