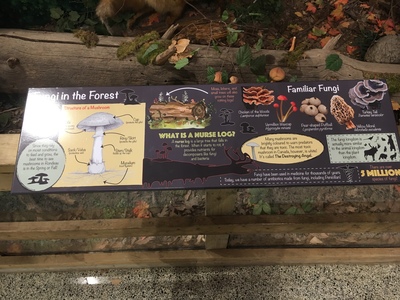 Fungi in the Forest

When walking through the forest one of the most prevalent living things is fungi.

Fungi are usually most prevalent in Rondeau during the spring and fall due to the moist, damp conditions.

These conditions are found perfectly in nurse logs (large trees that fall in the forest).

It is for this reason that when a tree falls in the forest we let it lie where it landed.

Many species of mushroom are coloured brightly to warn of toxicity.

However, the most toxic mushroom in Canada, The Destroying Angel, is white!

Did you know, that the fungi kingdom is more similar to the animal kingdom than the plant kingdom and there are over 5 million species of them.