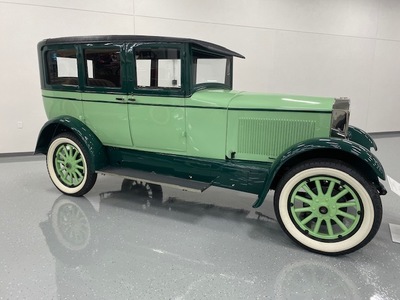 The Stanley SV represents the end of the era of steam automobiles. Steam cars were no longer the preferred method of propulsion. Cars with superior technology could be had at a much lower price, and the invention of the electric starter further negated the usefulness of the steam car's technology. The death of Francis Edgar Stanley in an accident signaled a "further remove from the spirit and guidance of the founding brothers," according to Kit Foster in his book, "The Stanley Steamer: America's Legendary Steam Car." The demise of the Stanley Motor Carriage Company was imminent. In 1924 the Steam Vehicle Corporation of America took over the Stanley Motor Carriage Company. The company introduced a new steam car with improvements such as a deeper burner, improved vaporizer, larger steam line and improved steam loop, according to Kit Foster. However, Kit Foster also explains that the new car was not up to the standards of earlier Stanleys. It was underpowered and frail, and the company filed for bankruptcy by 1926. This is the car, the Stanley "SV."

While the Stanley SV represents the end of the era of steam automobiles, it also represents the beginning of The Collection on Palmetto, as it was one of two steam cars owned by the Feldman family from the 1970s. The other is the Model 64 Roadster.