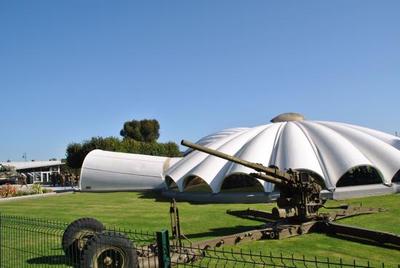 A few kilometres inland is the village of Ste Mère l'Eglise. Here is the church where a wounded American parachutist famously hung from the spire for hours before being dragged inside by German soldiers who were hiding there. A slightly macabre dummy hangs from the spire and there are a couple of beautiful stained glass windows commemorating the American parachutists who liberated the town after fierce fighting. There is also a museum dedicated to the airborne divisions who dropped in this area on D-Day, exhibits including a WACO glider and Douglas C-47 airplane.