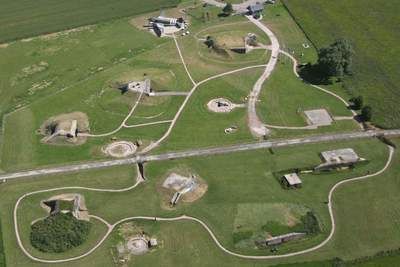 Just north of Ouistreham is the German Battery at Merville-sur-Mer, another heavy artillery position guarding the port and coastline. One German gun position has been recreated and there is a 10-minute "son-et-lumière" recreation of the sights and sounds of the attack on the battery, from the massive bombing by Lancasters that announced the start of the attack, to the German shelling of Sword Beach and the harbour, to the remarkable attack on the battery by the 9th Battalion the Parachute Regiment of the British army.