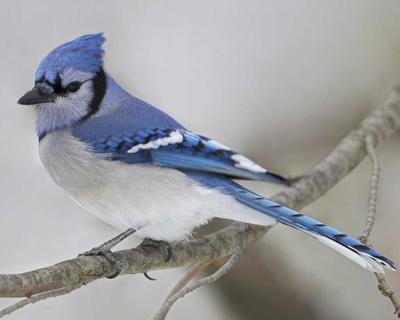 Spotlight: Birds of the Rail Trail

Upstate New York is a great haven for avian life. With our plurality of lakes and woods, there are a great many habitats that birds prefer to live in here. Up at the Finger Lakes, one can see massive nests sitting upon powerlines throughout the region, belonging to giant raptors that feast on the abundant fish in the lakes. You can even find such birds far afield, with the occasional Bald Eagle sighting in Broome County. We will now spotlight some of the more notable birds to be found here on the Rail Trail.

Canada Goose – If you are looking for birds on the Rail Trail, one you are likely to reliably find is the Canada Goose. They are often found in the wetland area we stopped at earlier, floating on the algae-laden waters. Geese belong to a special type of birds who can do this, referred to as waterfowl for their aquatic nature. Essentially, they stay atop water in the same way balloons do, with the lightness of captured gasses resting upon the denser liquid. Most possess internal sacs that trap air inside their bodies, while others possess a unique quality to their feathers, which are able to latch together, trapping pockets of air between them. The Canada Goose is very common throughout the whole state, making one question why they are not called the New York Goose. In fact, its official Latin name translates to the “Black or Burnt Goose of Canada,” owing to the dark, ashy colors found on their bodies. Canada Geese can be found widely spread throughout our continent, sometimes even flying over the Atlantic Ocean to Western Europe. Their great success in this regard is certainly their notorious ability to find contentment in almost any environment, equally happy floating in swamps or invading human settlements to devour our garbage.

Mallard – You can find ducks in many freshwater environments throughout the world, being among the most common waterfowl. Those found on the Rail Trail are typically of the Mallard variety, who exhibit key characteristics based on their sex. Males of the species bare a more striking look, with their signature emerald colored heads, while female Mallards possess brown and white spots over their entire bodies. A defining difference between types of ducks is whether they prefer to feed by diving underwater for prey or simply scoop up food near the surface of water – what some biologists call the diver vs. dabbler distinction. Mallards are prime examples of the latter, which gives them the appearance of a lazy, content lifestyle. You can easily find them in the wetlands during warmer months, making them one of the attractions you will most likely see on our tour. Another notable type of duck in Broome County is the plastic duck, which can be found once annually in the Humane Society’s Duck Derby, supporting animal wellness in the area.

Blue Jay – One of the more aesthetically pleasing birds you can potentially come across on the Rail Trail in the Blue Jay. The species’ name forthrightly derives from the aqua blue feathers that adorn their backs, giving them a bright appearance that often stands out from the green trees and bushes they can be found perched upon. Blue has been identified by many worldwide surveys as the most popular color, which has lent these Jays a broad appeal. Another aspect of the Blue Jay that people appreciate is its nature as a songbird. A little known fact about their songs is that they actually imitate the melodies of other birds around them, making them the cover artists of the avian world. Despite this gregarious nature, Blue Jays can actually be rather combative, as they have been known to attack other birds at times, sometimes even challenging much larger, predatory species like falcons. This erratic behavior extends to other habits as well, with Blue Jays often not bothering to migrate to warmer regions during winter – something that confounds biologists.

Gold Finch – Another beautiful bird that can be found in these parts is the American Goldfinch. Finches are a variety of songbird that are small, typically 4 to 6 inches in size, with stout bills and often colorful feathers. In the latter consideration, Goldfinches are exemplars of their family, boasting a brilliant yellow plumage. The sexes of the species are distinct from one another, with males being a much brighter shade than the female’s slightly brownish-yellow appearance. In fact, the Goldfinch is notable as the only type of finch that changes color with the season, as males will turn a greenish shade with the arrival of winter. When you see an especially brightly colored Goldfinch, that means it is looking for a mate, since they use their color variations as a signal for potential spouses. Romantics among birds, they tend to be very monogamous, staying with a single partner each breeding season. You can find Goldfinches fairly easily in the area, due to the fact that they like wetland zones for the eatable weeds they produce. Furthermore, Goldfinches are very friendly toward people, always willing to partake in the birdbaths and feeders we provide.