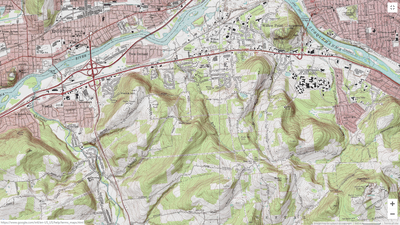 Hills in the Distance

As you leave the wetlands back for the trail, you might notice the changing environment of Vestal. In the distance, a good view of the green, hilly terrain that characterizes the town can be seen. These rise and fall in various locations throughout the area, with much of the town built to conform with their valleys. The main hill that runs through Vestal is Pierce Hill, which begins in the south at roughly the point when we discussed the bridge earlier. Arnold Park, largely credited as the best recreation area in town, can be found there for your enjoyment. Much like the Rail Trail, these hills are bastions of the natural world in our midst, with heavy forestry and woodland creatures living on as civilization grows around them.

The hilly terrain of this region was formed through the creation and recession of glaciers over tens of thousands of years. During ice ages, massive sheets of ice cover the northern area of the world, including Broome County. While these tend to spread out evenly in most areas, between hills and mountains they instead rise to fill in the gaps. During this process, the freezing water carves even deeper into the ground as it hardens. More significant in this process, however, is the way ice is pushed along valley walls during hardening, smoothing out their sides in the same way. When the climate changes and glaciers melt away, they leave topography like you see here. A mere 20,000 years ago, there was a massive, 3,000-foot thick glacier that cut through here, only thawing when the last ice age ended around 10,000 BC.