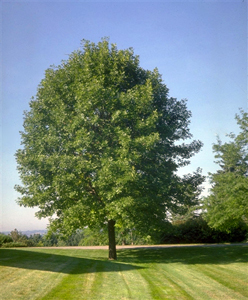 Spotlight: Plants of the Rail Trail

Surrounded by the greenery here, this is a good opportunity to reflect on the nature of plant life. Though we often take it for granted, surrounded by green grass, trees and any number of other florae, our very existence as animals is supported only through the presence of plants. This is because the very process that sustains their own existence, photosynthesis, is the primary architect of the Earth’s atmosphere. In order to create energy for themselves, plants absorb sunlight and carbon dioxide through various means, creating oxygen as a byproduct of the process. Scientific study has shown that the emergence of photosynthesis around 2.4 billion years ago resulted in a rapid conversion of the Earth’s atmosphere into being oxygen-rich, in an event some refer to as the Great Oxidation Event. It was only after this that animals had the possibility of coming into existence, using this oxygen for our own life processes. For this reason, we owe an unpayable debt to plant life, and should take some time to appreciate some forms of it found here on the Rail Trail.

White Ash Tree – The White Ash is one of the more commonly found native trees on the Rail Trail. Their leaves exhibit a pattern of growth endemic to other ash trees, where a single leaf grows from the top of its twig, with pairs growing parallel to each other further down. You can tell if it is a White Ash, however, by the coloration of these leaves. While the top sides that you see from a distance are the typical green during most seasons, their bottom color, from which their name derives, are a substantially lighter shade of the top side, approaching white. During autumn, these leaves will change to a bright yellow before darkening into a reddish-purple hue. The White Ash was once very popular in industry because of its stable, strait-grained wood, which could be used for a wide variety of purposes. This led to it and its Green Ash cousins being cultivated widely throughout the east coast, where they can still be found in good numbers. White Ash are more popular for nature trails such as this for the beautiful autumnal colors we previously discussed. Although they are numerous and widespread, ecologists have noted White Ash as a threatened species, due to the spread of beetles and diseases that can prove fatal to them.

Japanese Larch Tree – Among the non-native trees that can be found in this region is the Japanese Larch. This is a moderately sized tree possessing needles that stick out in small clusters on its branches. Japanese Larches can be identified by their slender, purple-tinged limbs, which are spaced widely apart, clearly exposing its trunk to sight. While you could easily mistake one for a pine tree, there is a clear difference between themselves and pines. Whereas pines are evergreen, never changing color or shedding their needles, the larch does so in dramatic fashion. Japanese Larches are well-known for their needles turning a brilliant golden hue in autumn, before falling off during winter. The Japanese Larch derives from the mountains of Honshu, Japan’s main island. They became popular in the West during the 19th century, when their strong, waterproof wood was noted as great building material. This has led the species to become widespread, with their numbers rivaling native larches in places like England and some areas of the United States. Here in Broome County, the Japanese Larch was likely introduced by the Civilian Conservation Corps during the 1930s. This was a government program that gave the unemployed temporary work in public works projects, who were noted to have introduced other imported trees to the area.

Allegheny Monkeyflower – One flower you might come across in this area is the Allegheny Monkeyflower. This is a large plant whose stems can sometimes shoot up three feet in height, with tiny lavender colored flowers growing out the top of their leaves. These flowers possess a unique shape, baring a small, folded petal on top of one broader, unfolded lip. Apparently, some believe this peculiar shape is reminiscent of monkey faces, such as mandrills, which is where their family of plants derives their name from. If you want to find a Monkeyflower, you will probably need to go to the wetland areas. They grow best in highly saturated soil, giving them their reputation as something of a swamp flower.

Cardinal Flower – The Cardinal Flower is another noticeable swamp plant you can find here. Similar to our last plant, the Cardinal shoots out of the ground straight up, only a bit higher, topping out at an impressive potential four feet in height. They are extremely easy to spot due to the bright red color of their flowers, which sprout from the top of their stem. This color lent the Cardinal its name, for its similarity with the robes of that titular rank of the Catholic Church. Their petals have a very distinct, slim shape, with three characteristically drooping down. A single lipped petal that shoots upward, before sloping down in a point, stands out for its secretion of a milky sap that drips onto the others. This is a favorite snack for hummingbirds, who can sometimes be found along with the plant. Cardinals typically grow along the waterline of wetlands, making them easy to track down.

Lily of the Valley – Not all plants on the Rail Trail should be as engaged with. Some are highly dangerous, such as the Lily of the Valley. This is a very small plant with white flower bulbs, typically hanging downward, which possesses a multitude of strong toxins throughout its whole body. Despite its small size, both children and adults could be fatally poisoned through ingestion, with various symptoms ranging from strong nausea and blurred vision beginning almost immediately. Perhaps the most dangerous aspect of Lily of the Valley is its pleasant appearance and fragrant odor, which have led many to include it in their gardens and bouquets. In fact, it is fondly thought of in cultures worldwide, with its small size symbolizing humility. However, you should not make the mistake of taking the plant lightly. Watch out for Lily of the Valley’s distinct appearance, and make sure to interact with it as little as possible.