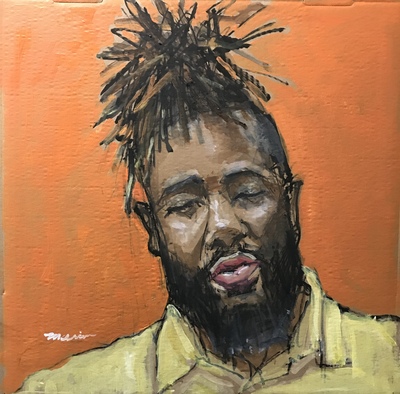 Randy was the first person I asked to paint instead of the other way around.  When I first started this project, I imagined I would just approach people who had a great look in one way or another — face, hair, demeanor.  Randy fit that bill and I am happy I painted him.  But Randy was maybe the only person of that initial group I approached who actually followed through.

I would put out a call on Instagram and then pretty much anyone who responded would get painted.  It was a lot of fun at first.  Several people thanked me for “selecting” them over others but the truth of the matter was that anyone who stepped up got painted.  That could have been the alternate title to this show — “we stepped up.”