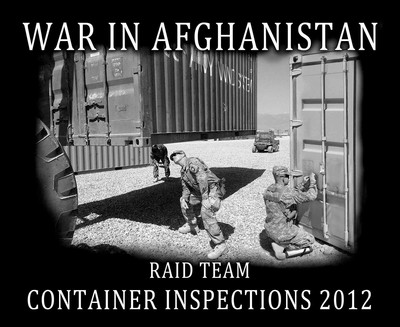 The 14th image is of the War in Afghanistan, Raid Team, Container Inspections 2012.   Until December 2011, RAID was deployed in support of Operations Iraqi Freedom and New Dawn, inspecting nearly 20 percent of all of the Army's containers, which held 2.2 million pieces of equipment, being moved out of Iraq. The end of split combat support operations, since early 2012, has greatly eased the accountability mission for this small but widely dispersed unit.