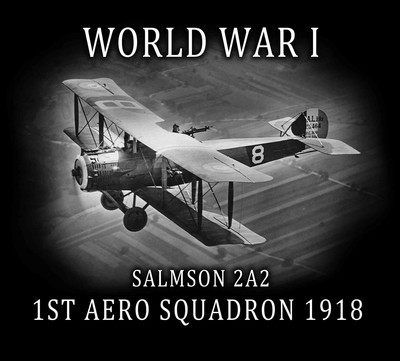 The first image is of World War 1—Samson 2 A 2— At the beginning of June in 1918, the 1st Aero Squadron was re-equipped with the latest in French observation aircraft, the Samson 2 A 2. Also, in June the 1st Aero Squadron adopted the American flag as its squadron emblem, it being the first Air Service squadron on the front lines. The insignia was painted on the fuselage of all of its aircraft.