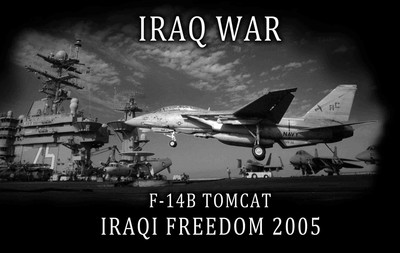 The 12th image is Iraq War, F14B Tomcat, Iraqi Freedom, 2005.   In the 1980s, F-14s were used as land-based interceptors by the Islamic Republic of Iran Air Force, during the Iran–Iraq War, where they saw combat against Iraqi warplanes. Iranian F-14s reportedly shot down at least 160 Iraqi aircraft during the war, while only 12 to 16 Tomcats were lost; at least half of these losses were due to accidents.