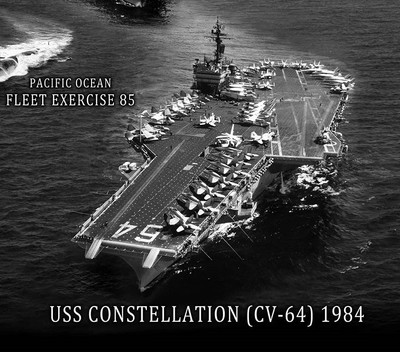 The 11th image is of the USS Constellation, (CV64), 1984.  The USS Constellation, a Kitty Hawk-class supercarrier, was the third ship of the United States Navy, to be named in honor of the "new constellation of stars", on the flag of the United States. One of the fastest ships in the Navy, as proven by her victory during a battlegroup race held in 1985, she was nicknamed "Connie" by her crew and officially as "America's Flagship".