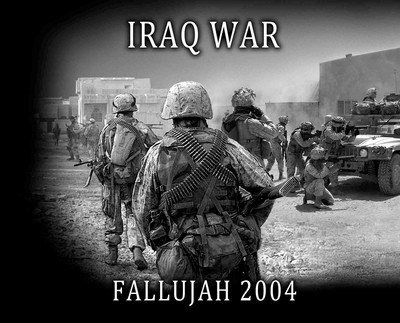 Iraq War, Fallujah 2004: This was a joint American, Iraqi, and British offensive in November and December 2004, considered the highest point of conflict in Fallujah during the Iraq War. It was led by the US Marines, and the US Army, against the Iraqi insurgency stronghold in the city of Fallujah, and was authorized by the US appointed Iraqi Interim Government. The US military called it "some of the heaviest urban combat U.S. Marines and Soldiers have been involved in since the Battle of Huế City in Vietnam in 1968.

The next image on this audio tour is the War in Afghanistan.