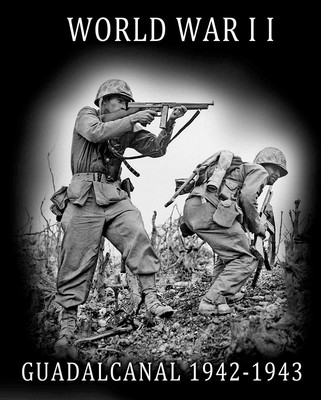 World War 2 — Guadalcanal 1942-1943:  On August 7th,  1942, Allied forces, predominantly United States Marines, landed on Guadalcanal, Tulagi, and Florida in the southern Solomon Islands, with the objective of denying Japanese uses of the islands.  Japanese control of the islands threatened Allied supply and communication routes between the United States, Australia, and New Zealand.  Guadalcanal was the first significant land -based victory, for the allies in the Pacific Theater and marked the beginning of the island hopping or “leap frogging” strategy.

The next image on the audio tour is the center feature, Iwo Jima.