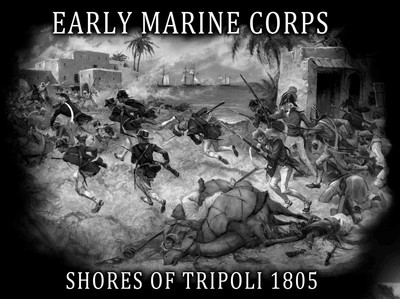 Early Marine Corps—Shores of Tripoli 1805: On April 27, 1805, the United States Marine Corps conducted one of their first recorded battles, one immortalized in the Marines’ Hymn, by taking the Tripolitan city of Derna and raising the American flag, the first time the Flag of the United States was raised on foreign soil.

The next image on the audio tour is World War I.