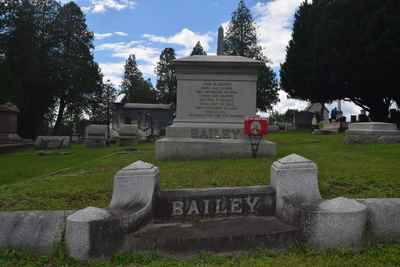 I was born in Dillsburg, Pennsylvania in York County. I was educated as a school teacher. In 1857, I moved to the Huntingdon area and began teaching school in McConnellstown.