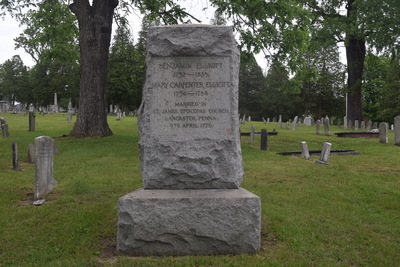 I moved to the village of Huntingdon in 1775. I was a member of the State Constitutional Convention of 1776. In 1777 I became Huntingdon County's first sheriff. I was a delegate to the state convention to ratify the new United States Constitution in 1787. I served as a county commissioner, County Treasurer, Associate Judge and was the first Chief Burgess of the Borough of Huntingdon.