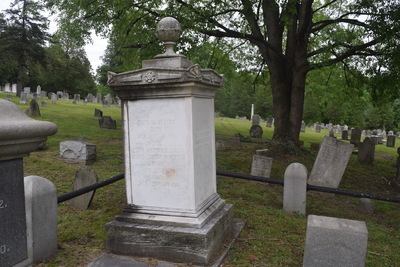 I was born in Philadelphia and came to live in Huntingdon in 1776.  I bought and sold grain for my living. I made many land deals and was referred to as a "banker".

I served in the General Assembly in 1794 in Philadelphia. In 1805, I opened the Petersburg House, a tavern in Petersburg, Pennsylvania.

I returned to Huntingdon in 1823 when my new brick house was completed. I opened a store and was appointed County Treasurer in 1887.  My brick home now houses the Huntingdon County Library.