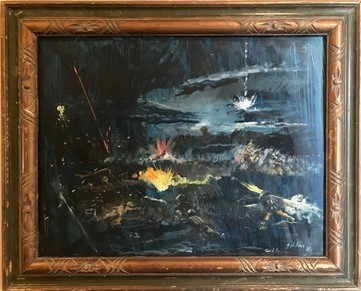 The Battle of Good Friday

This painting depicts a battle that occurred in Vietnam on Good Friday, April 12, 1968. Many of the men who actually fought there that night are figures in this scene. Bob Nelson won the Silver Star for Gallantry, and Jerry White won the Distinguished Service Cross. Heroes such as Dennis Adkins, Nick Dragon, Dave Sexton, Mike Balser, and many others are depicted in the painting.