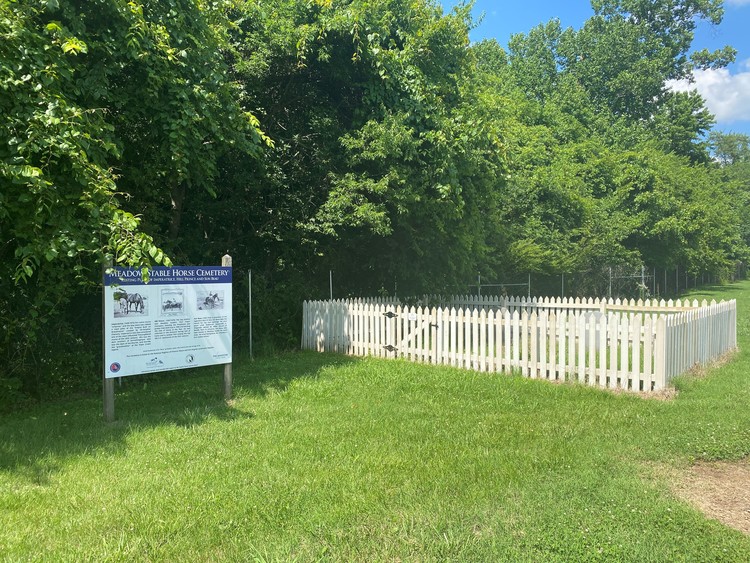 Imperatrice (1938-1972) Her name means "empress," and the bay mare was indeed a royal pillar of the "Empire Built on Broodmares created by Christopher Chenery. Imperatrice was also considered one of the most influential Throroughbred mares of the 20th century. She was the dam (mother) of Somethingroyal, who was the dam of Secretariat, and thereby the "grandmother" of the Triple Crown legend.

Hill Prince (1947-1970) The bay stallion was Meadow Stable's first major champion, winning the Preakness and Jockey Club Gold Cup in 1950 and earning the title of Horse of the Year. He was inducted in the National Racing Hall of Fame and is ranked 75th among the top 100 U.S. racehorses of the 20th century.

The small headstone is for "Blue," probably a pony, who lived to the ripe old age of 36.