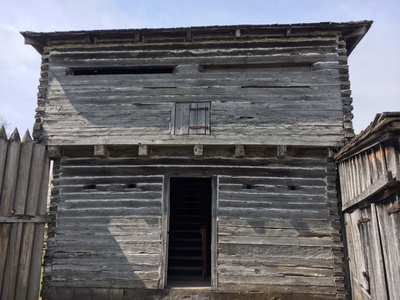 Blockhouses were used to defend the Fort in case of an attack. Within minutes these buildings would be filled with soldiers, armed with muskets and cannons.
Their are two 3 pound cannons that reside in this building. One is a repoduction, that we fire at various times throughout the year. The other cannon dates back to the 1700's.