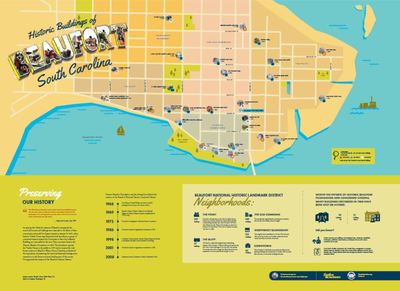 Her old houses are her pride. Each has its individual owner, true, but every citizen feels an ownership in these rich old possessions. It is a heritage that has come down to him that not even the owner of the house can take away.  From the Charleston News and Courier, July 1929.

As early as the 1920s, our citizens recognized the town’s old homes and buildings were essential to the fabric of their community - and would be of great interest to visitors. In 1947, when historic Verdier House was threatened with demolition, a group of concerned citizens created the Committee to Save the Lafayette Building, as it was called at the time. This committee became the Historic Beaufort Foundation in 1965.

The Foundation opened the Verdier House to the public in 1975, and it remains the only house museum in town. Mayor Henry Chambers understood the importance of preserving the town’s architectural heritage, as an investment in the future economic development of the county. He supported the creation of the downtown Historic District.