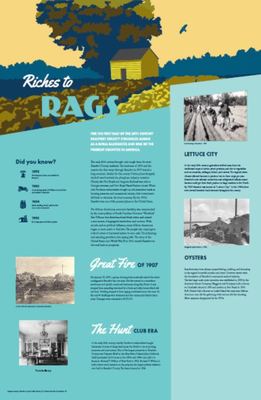 The Great Depression – Riches to Rags

For the first half of the 20th century, Beaufort County struggled along as a rural backwater, and one of the poorest counties in America.

The early 20th century brought only tough times for most County residents. The hurricane of 1893, and the massive fire that swept through in 1900, started a long economic decline for the county. Cotton prices dropped, the boll weevil arrived, the phosphate industry moved to Florida, the Port Royal and Augusta Railroad was sold to Georgia interests, and Port Royal Naval Station closed.

When rich Northern industrialists bought up old plantation lands as hunting preserves and recreational retreats, their investments did little to stimulate the local economy. By the 1930s Beaufort was one of the poorest places in the United States.

For African Americans, economic hardship was compounded by the racist policies of South Carolina Governor “Pitchfork” Ben Tillman.  These disenfranchised black voters, and created a new system of segregated institutions and services. With no jobs and no political influence, many African Americans began to move north to find jobs.

The people who stayed grew a bit of cotton or harvested oysters to earn cash. Truck farming and oystering provided a few paying jobs. The entry of the United States into World War II in 1941 started Beaufort on the road back to prosperity.