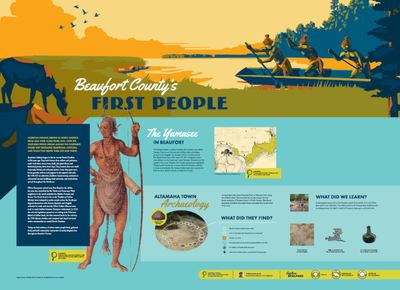 The Yamasee Indians moved to Carolina from interior and coastal Georgia. They became the principal military allies and trading partners of the English. The Yamasee lived in 10 towns around Port Royal Sound from 1695 until 1715.

The 10 Yamasee towns were divided into the Upper and Lower Yamasee. Altamaha was the capital of the Lower Yamasee. The Carolina government established “Indian Lands” around the 10 towns.

Only the Yamasee could live in these reserved lands. The Yamasee Indian lands were a protective buffer between British Carolina and Spanish Florida.