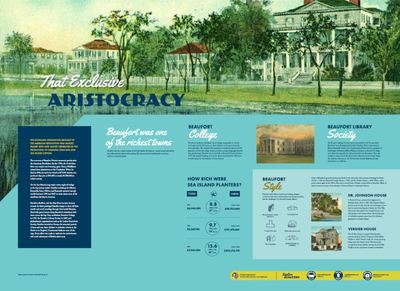 The economic devastation brought by the American Revolution was quickly erased with new money generated by the production of Carolina Gold rice and Sea Island cotton.

The economy of the District recovered quickly after the American Revolution. By the 1790s, the Combahee River rice empire was booming again. Henry Middleton owned three plantations on the Combahee. When he died in 1846, his land was valued at $77,000, and the rice produced that year at over $95,000 - or nearly three million dollars in today’s money.