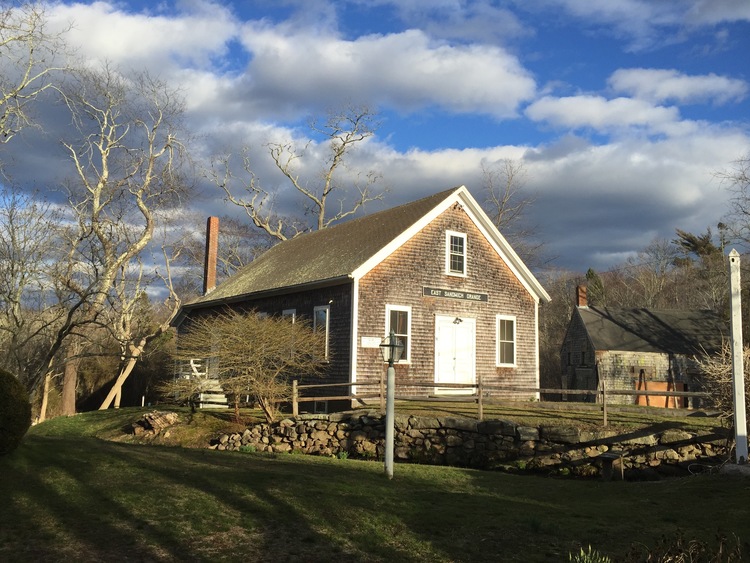 View from the Grange Hall

You are standing in front of the East Sandwich Grange Hall, built in 1889 by the East Sandwich Grange #139. The National Grange of the Order of Patrons of Husbandry was formed after the Civil War to promote reforms on behalf of farmers. Grange halls like ours were central to rural community life. People could meet, catch up on local news or play cards. They could hold fairs and rummage sales, have dances and even put on plays.

The photo included in your audio guide was taken where you are standing now. It was taken in 1976, and provides our first glimpse at the old fish hatchery. Take a peak behind the Grange Hall toward the meadow. The hatchery began one hundred fifteen years ago as a private venture. In 1912, the Massachusetts Commission on Fish and Game purchased the hatchery and installed large concrete pools, which you will see today. In the photo below, notice the pool running down the center of the meadow, now gone. The sign that hangs on the mill shows the Massachusetts state seal. It reads "Department of Conservation, East Sandwich State Fish Hatchery."

When you’re ready, please walk around the Benjamin Nye House. As you walk, we’ll tell you  about its history and construction.