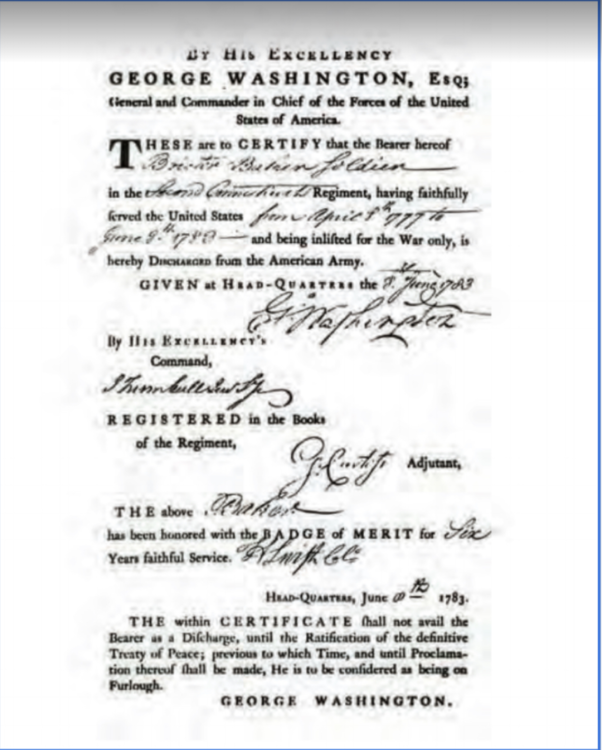 This street is named after Bristol Baker, a Black American Revolutionary War veteran, from New Haven. Baker was one of the many enslaved African Americans who fought in the war for U.S. Independence. In fact, approximately 8,000 African Americans fought alongside the U.S. colonies in this war. Nearly 20,000 African Americans fought with the British -- you might wonder why. Well, the British Army promised Black soldiers who fought on their side freedom from slavery. The American colonies did not as a whole make the same promise.

In Connecticut some slavers told enslaved Black men that they would be freed if they fought in the war. In some cases, they kept their word, and in some cases they betrayed the Black soldiers. Jack Arabus of Stratford, for example, was promised and then denied his freedom after serving in the war for six years. Arabas ran away and was caught and jailed in New Haven. He then sued the man who enslaved him, and won his freedom.

After serving in three different regiments and fighting for six years, Bristol Baker returned to Connecticut. In 1784, Baker was granted the freedom he had always deserved. He lived as a free man in New Haven for nine years before passing away in 1793.