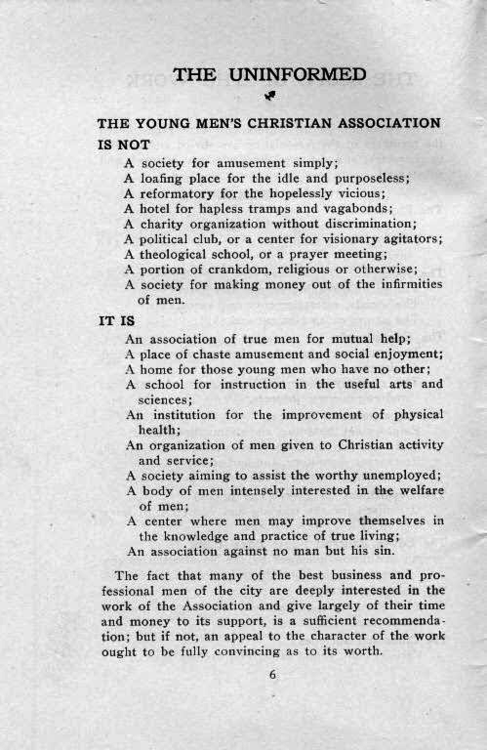 Today when we think about the YMCA we think about the gym and somewhere we can play or hangout during the summer. For African Americans who lived in New Haven in the 1800s it was much more important. The YMCA was a place for young African American males who needed a place to gather together, discuss, and enjoy their time, without being discriminated against by others.

The Negro YMCA, as it was called, originally began as a religious discussion group, and later became the Olympian Athletic Club in 1892. It occupied the Goffe Street School building after the school closed.

In 1895 the Negro YMCA affiliated with the YMCA and became a branch of the central New Haven “Y,” but withdrew for several years when Black people were prohibited from using the pool and gymnasium of the newly built facility downtown.

Dr. Porter was a member of the Black YMCA Branch, and when African Americans were denied membership by the Central YMCA, Dr. Porter and other members of the Black YMCA wrote an open letter published in the New Haven Register in February 1906, which stated: “We cannot, as self respecting Colored men, subscribe to any such policy.”