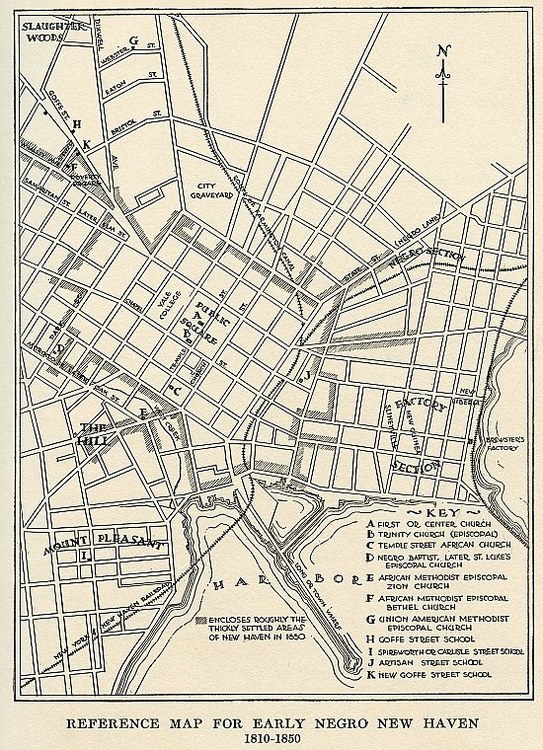 This historic location, 106 Goffe Street, is home to at least three significant sites in New Haven’s Black history. A history that shows how the Black community, in the face of racism and segregation, created spaces so their community could still thrive.

In the 1800s in New Haven, African Americans weren’t allowed to attend all white schools, so the Black community decided to form schools for their children to attend. The first Black school was called the Artisan Street School which was established in 1811 on Artisan Street. The next Black school was the Spireworth or Mt. Pleasant School which was established in 1825, in what is now known as the Hill neighborhood. Finally, the Goffe Street school formed in 1864, located right here at 106 Goffe Street.

The Goffe Street School wasn't the best it could be due to lack of resources and a lack of government support. The school had Black teachers which made Black students feel more comfortable and connected to their school communities. In 1871 Connecticut passed legislation ending segregation, and the school closed in 1874. Now Black students were able to attend white schools, which were better funded. However, most of the teachers were white, any many Black teachers and principals lost their jobs.