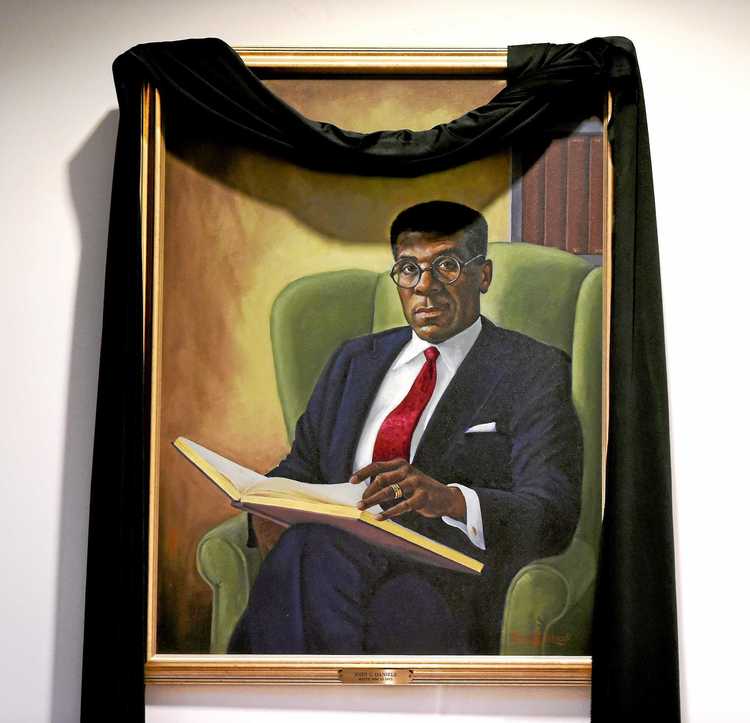 This small street is named after another New Haven hero. John C. Daniels was born on April 25, 1936, in Bibb County, Georgia then moved to Connecticut. He grew up in the old Elm Haven projects in New Haven, located on the surrounding blocks. Like Constance Baker Motley, he also graduated from Hillhouse High School, but years later, in 1955. Before becoming a politician, Daniels taught in West Haven and was a football referee for about 20 years.

He began his career in politics in the 1970s, serving on the New Haven Board of Alders. He also served as Connecticut State Senator representing parts of New Haven and West Haven. In 1990, John C Daniels became the first Black mayor of New Haven, CT and served two terms before he retired in 1994.

In 2006, a school in the Hill was named after him. When the school was built, unfortunately it caused many residents in the Hill to be kicked out of their homes when the city took over the land to build the school. They did their best to fight for their homes, and a powerful documentary called The Hill tells this story.