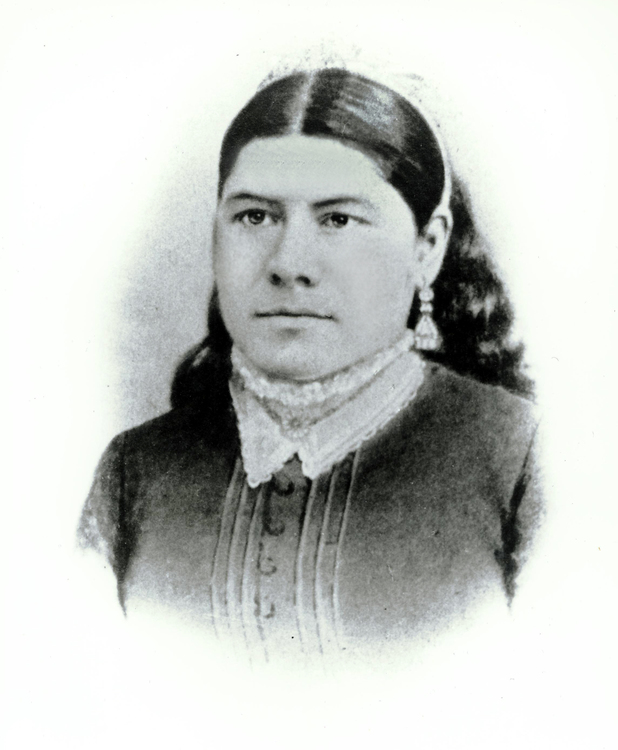 Espiritu was baptized as Maria Del Espiritu Santo at Mission San Fernando on May 22, 1836. Her father, Odon Chijulla, was Chumash, and her mother, Juana Eusebia, was Tongva. Espiritu’s father, Odon, along with Odon’s son-in-law, Urbano, and Urbano’s son, Manuel, were the three original owners of Rancho El Escorpion, a Mexican land grant and a type of grant rarely given as Native Americans essentially had no legal rights during the period.

Espiritu’s first husband was a man named Jose Antonio Menendez, who worked as a foreman for Andres Pico at Rancho Ex-Mission San Fernando and farmed land near the Mission. In 1857, Espiritu gave birth to their son, Juan Jose Manuel Menendez. By 1859, Jose Antonio Menendez was no longer in the picture and Espiritu began a relationship with Miguel Leonis. One year later in 1860, Espiritu gave birth to their daughter, Marcelina Leonis, who died in 1880 at the age of 20 of unknown causes. Through his union with Espiritu, Miguel Leonis would ultimately take complete ownership of Rancho El Escorpion, which is essentially present-day West Hills, Bell Canyon, and parts of Woodland Hills—prime real estate today.

After the untimely death of Miguel Leonis in 1889, most of his estate and land holdings were bequeathed to French relatives. Espiritu took a bold step and sued for a wife’s share of the estate. After a prolonged, 16-year legal battle, she won her case in 1905. For a Spanish-speaking Native American woman, her pioneering victory was a groundbreaking feat for the period. She died seven months later.