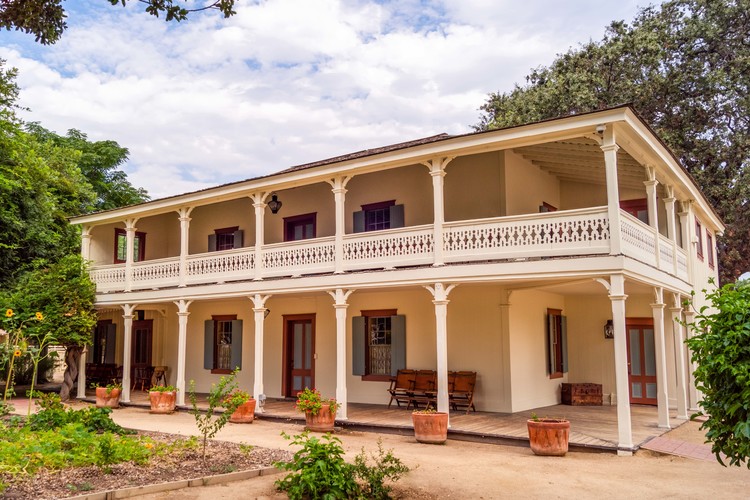 Historical reference notes suggest that an original four-room adobe structure was built on the property between 1844 and 1846. By 1869, Miguel Leonis took possession of the original adobe dwelling and surrounding land. Shortly after, he built a two-story adobe house with a wraparound veranda known today as the California Monterey Style. He used traditional wood cladding for both the exterior and interior and adorned the house with architectural elements such as Victorian fretwork and balustrades.

Miguel also added a lean-to kitchen and dining room to the house. Additionally, the upper and lower verandas on the north side, which is the back of the house, were subsequently enclosed in order to add additional rooms, including a kitchen, pantry, and cellar. By 1878, the house became the primary and permanent residence of Miguel, Espiritu, and their daughter, Marcelina.

After the Leonis Adobe was saved from demolition in 1962, the house was restored to its original 1889 condition.