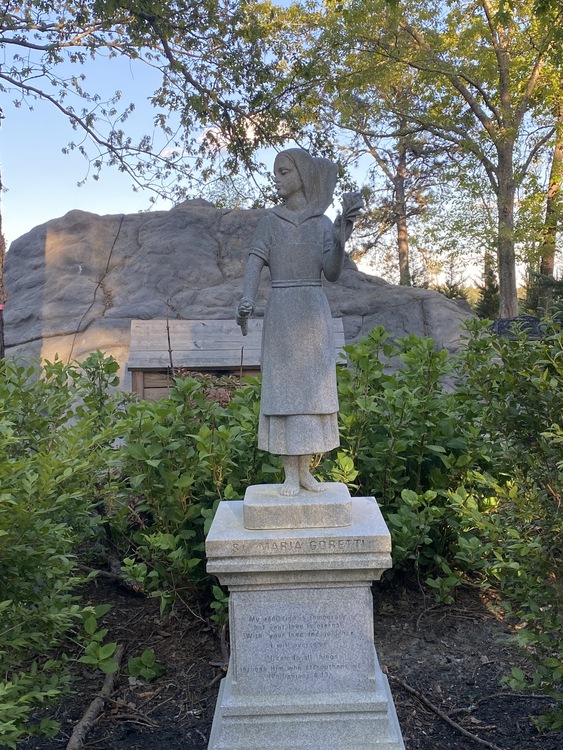 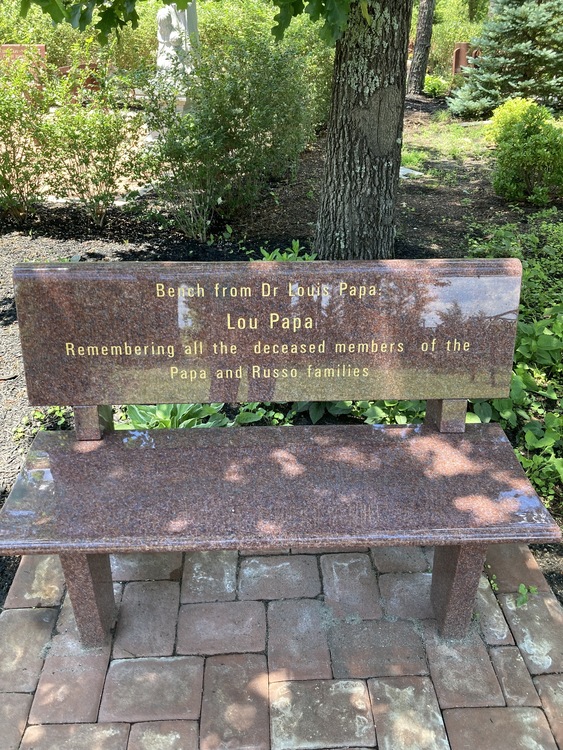 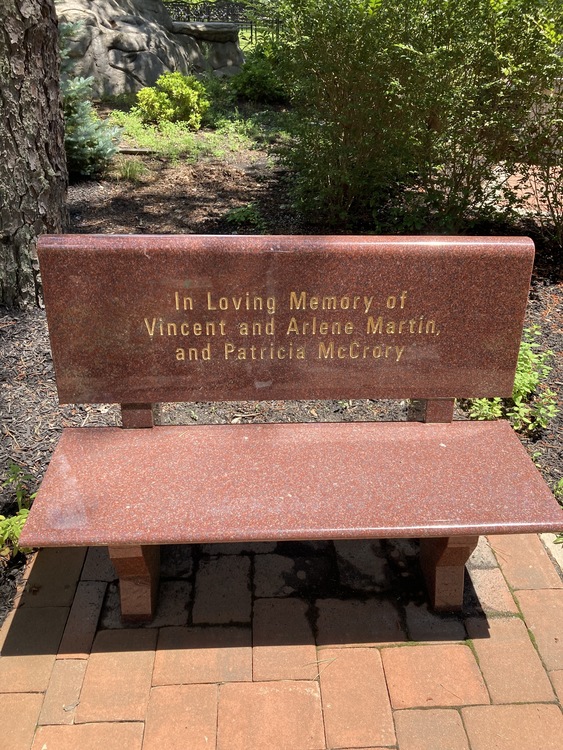 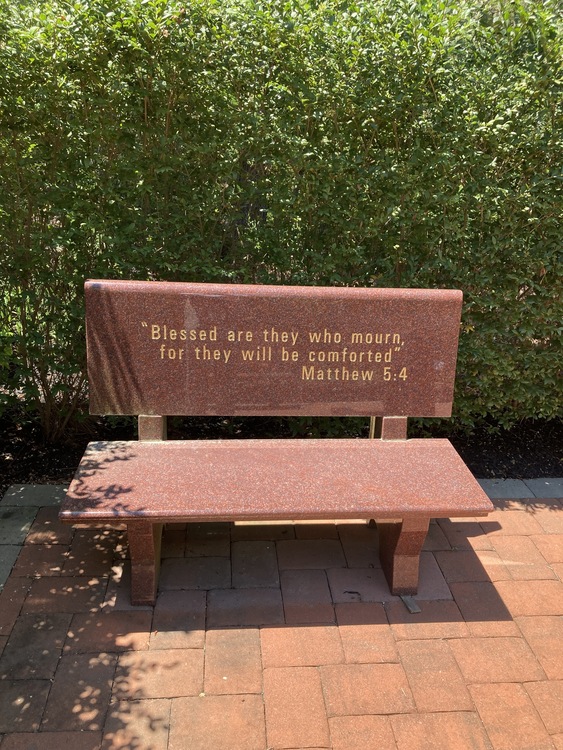 Born on October 16 1890 in Corinaldo, in the Ancona Province in Italy, her farmworker father moved his family to Ferrier di Conca, near Anzio. When he died of malaria, Maria's mother had to struggle to feed her children.

Maria's mother, brothers, and sisters worked in the fields while she cooked, sewed, kept the house clean, and watched her youngest sister Teresa. Though the family's circumstances were extremely difficult, they were very close and loved God.

Maria was devout and pious, and attentive to prayer. She could not read or write, but was intelligent and had an "iron will". The words of her mother Assunta were fixed in her soul. "You must never commit sin, at any cost."

In 1902 at 11 years of age, just 2 months before her 12th birthday, Maria was accosted by the young man Alessandro Serenelli who lived with his father in the same house as the Gorettis. Alessandro threatened her with death if she would not have an immoral relationship with him. Maria's response was, "No! No! it is a sin!" Her words have echoed down the years of the 20th century and into our own to inspire others to give witness to the Gospel demand for purity of life. As we read the pages of the Old and New Testaments, we see that God, the Author of Life, expects everyone to lead a chaste and pure life, not to indulge in sins of the flesh. Maria Goretti gave her life defending her purity rather than to yield to the sinful desires of a young man driven by anger and lust. Giovanni and his son Alessandro lived in the same household with the Serenellis. Both father and son abused alcohol. This arrangement proved very trying for young Maria. In response to his indecent overtures, and being repeatedly repulsed, on that fateful day July 5, 1902, the frustrated Alessandro stabbed Maria 14 times, causing her to suffer an agonizing death. She succumbed the next day from her wounds. She had repeatedly warned that Alessandro he was risking eternal damnation.

Maria's family returned home and found her bleeding on the floor. They quickly took her to the nearest hospital in Nettuno, where she underwent surgery without anesthesia.

Unfortunately, her wounds were beyond the surgeon's ability to help. Halfway through the surgery, the doctor requested, "Maria, think of me in Paradise.”

As she lay on the table, she looked up at him and said, "Well, who knows which of us is going to be in Heaven first?"

She did not realize how terrible her situation was, and the surgeon replied, "You, Maria."

She said, "Then I will think gladly of you." She also mentioned concerns for her mother. The next day, Maria forgave Alessandro and said she wanted to see him in Heaven with her. She died that day while looking upon an image of the Virgin Mary, holding a cross to her chest.

Shortly after Maria's family discovered her, Alessandro was captured and questioned. He admitted that Maria was still a virgin, in spite of the fact that he assaulted her. He was sentenced to thirty years in prison.

Alessandro remained unrepentant for his actions until he had a dream that he was in a garden. Maria was there and gave him 12 lilies, which immediately burned in his hands. When he woke, he was a changed man. He repented his crime and lived a reformed life in prison. When he was released 27 years later on Christmas Eve, he went directly to Maria's mother and begged for her mother's forgiveness, which she gave, saying, "If my daughter can forgive him, who am I to withhold forgiveness?"

Maria Goretti was beatified by Pope Pius XII in a ceremony at Saint Peter's Basilica on April 27, 1947.

Three years later, on June 24, 1950, Maria was declared a saint. Alessandro was present at the mass in Saint Peter's to celebrate her canonization with Maria's family. He later became a lay brother of the Order of Friars Minor Capuchin, where he lived in a monastery and worked as its receptionist and gardener until his death.

Saint Maria is called a martyr because she fought against Alessandro's attempts at sexual sin. However, the most important aspect of her story is the fact that she forgave her attacker. Her concern for the soul of her assailant extended even beyond death. This forgiveness produced a miracle in his life.

Saint Maria's body can be found in the crypt of the Basilica of Nostra Signora delle Grazie e Santa Maria Goretti in Nettuno. Her body lies beneath the altar.

Images of Saint Maria Goretti often represent her with wavy hair, and dressed in either white or farm clothes. She is often depicted holding lilies.

The Discovery Garden Statue of Saint Maria Goretti and the accompanying bench have been donated by Cathy Greenberg.

Bench: “It's only our eye saw souls instead of bodies a very different our ideals of beauty would be.”