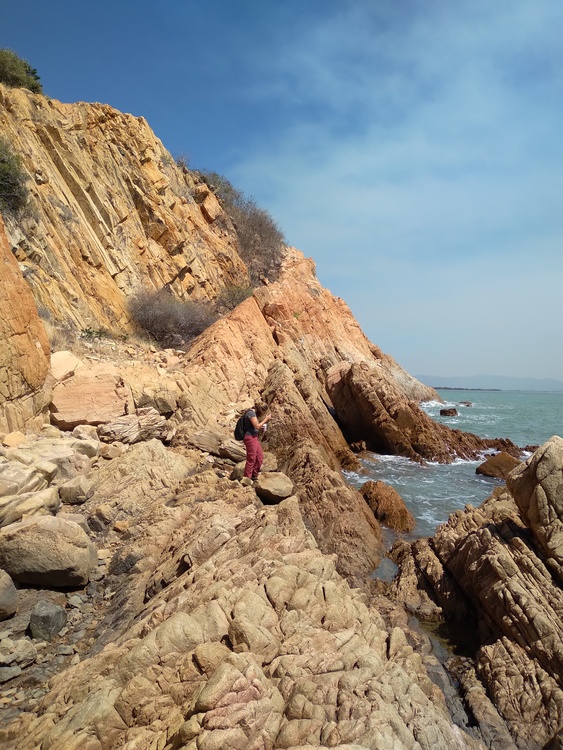 The big chunk of granite looks like it has been faulted! Faulting occurs when big slabs of rock move in relation to other big slabs of rock. They may move due to a force that is pushing them together, or pulling them apart. These forces are SO massive, as they are a result of continent movement.

All continents move. The average rate that continents move is about the same as the rate that fingernails grow. Australia sits on the Australasia continent, the fastest moving continent in the world! We are moving about seven centimetres every year to the north east.