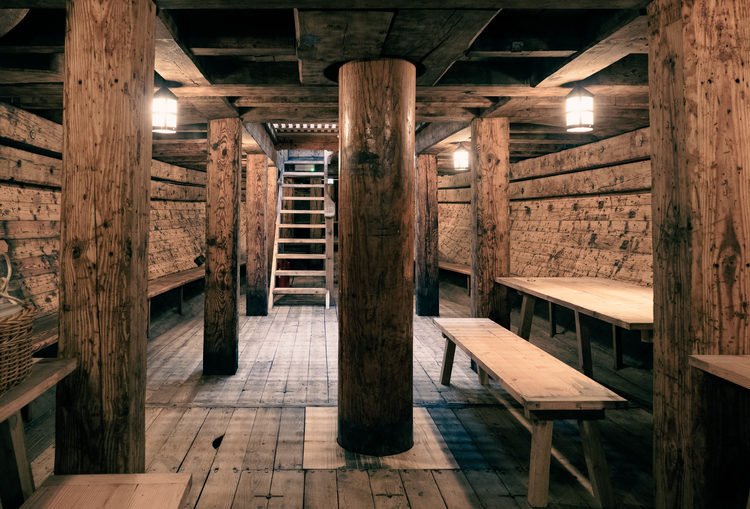 You are now below the waterline, standing in the ship’s hold. The hold was primarily used for storage and would be tightly packed with barrels of food and drink, deconstructed boats, spare masts, gun powder, shot and of course treasure.

On long stretches, food could be preserved in barrels by salting, pickling or drying. It was essential to make land as often as possible in order to resupply and so that the crew might gather the fresh fruit and vegetables necessary to ward off scurvy.
At the rear of the hold was the ship’s magazine.  Here is where powder and shot was carefully stored and measured. It was crucial that the powder remained as dry as possible.

At the fore of the ship is a brick stove. Broths and stews would have been made in a large cauldron. If the officers were feeling generous, they may have granted you access to the hold in order to sit next to the fire and dry off, however for the most part this deck would have been a restricted area to avoid hungry sailors sneaking rations.